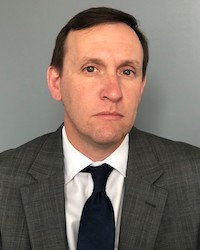 Peter Katz, counsel at Crotty Saland PC and former District Attorney colleague of both Elizabeth Crotty and Jeremy Saland, has litigated thousands of cases and personally tried over 50 federal and state cases as a Federal and Manhattan prosecutor. Concentrating his legal practice in Federal and New York State White Collar Criminal Defense, Peter has notable experience in the areas of healthcare and other financial fraud including, but not limited to, securities, bank, mortgage, wire and mail fraud.

Peter’s civil practice focuses on representing whistleblowers related to all types of government fraud, with particular attention to the health care and financial industries.

Prior to joining Crotty Saland PC, Peter served for nine years as an Assistant U.S. Attorney in the United States Attorney’s Offices in the Eastern District of New York, District of New Jersey and the Fraud Section at Main Justice. There, Peter further developed his trial, investigative and analytical skills he had originally honed as a prosecutor during his eight years serving in Robert Morgenthau’s Manhattan District Attorney’s Office.

During his 17 years as a prosecutor, Peter led numerous complex white collar investigations, including one of the last prosecutions stemming from the demise of Enron. Most recently, he focused on health care fraud allegations leading the Brooklyn Strike Force as a member of the Department of Justice’s highly acclaimed Health Care Fraud Prevention and Enforcement Action Team (HEAT). Mr. Katz investigated numerous qui tam allegations, resulting in the prosecution of individuals and business organizations.

Because of either the sensitive or on-going nature of the investigation or case, in some instances, the case caption or name is not included: